"Change is Good" or is it now?
Most people never think of how different they've become over the years. We grow, and change, and our needs and wants change too. Our dreams and wishes take completely different paths from their starting routes. Looking back at my earlier days and what I wanted in life, I'm amazed at how different I've become, and how my dreams have turned around to the oppsoite direction. I have achieved most of my earlier dreams and wishes, and now I'm running back to where I started. Whoever said "Be careful what you wish for, it might come true" must've been through the same stage I'm going through in my life now.

Back in my teens and twenties, I used to think I was the skinniest person alive. I used to eat like a horse and never gain a pound. I used to pray to gain a few pounds, but to no avail. Now, I want to lose ten pounds and get back that flat stomach I used to have for a long time. It took me a few weeks to lose 5 of those pounds, and I'm still working on the rest.

Before I started my twenties, my greatest dream was coming to America. The idea used to consume my day and night dreams alike. My dream came to life when I got my visa. When I left the embassy that morning, I felt like I was seeing the world with a new set of eyes. I was on a plane for the first time a month later. Two decades have passed since that day, and my dream has turned around to coming back to where I started. We humans are funny creatures. We keep going around in circles. Our lives can only be understood going backwords, but we can only live it going forward.

I watch movies every now and then. I love a good movie with a touching story. The other day I watched The Curious Case of Benjamin Button. After travelling and being away for a while, Benjamin comes back home. He says: "It's a funny thing about coming home... Looks the same, smells the same, feels the same.....You'll realize what's changed is you" . That could be mostly true. Things that seemed normal when I lived at home now seem odd. Simple behaviours such as driving, crossing a street, or smoking inside a public building never bothered me when I lived there. Now, they are constant reminders of how lagging behind we still are as a nation. Oddly, in the last couple of years, I feel our society and morality have taken many steps backwards. I'm an avid reader of Syrian news websites. Lately, I've been reading about crimes that were unheard of before. A brother killing his sister with the encouragement of the mother, a group of 4 young men taking turns raping a 10 year old child, bastards selling meat and food that's not fit for animal consumption to the public, so many murders and theft stories that compete with the level of ugliness known to crimes in the western world. Are we just aware of those crimes now because of the explosion of the internet use? I doubt it.


Change is good if it mostly means going forward. Positive change is what everyone looks for. I long for the day that I see us picking up good habits and using them to further ourseleves and society. It always seems we are evolving backwards in changing for the worst without gaining any grounds in technology, science, morals....etc. I hope we wake up and tackle imporant issues that plagued us like pollution, lack of good planning, and securing a better future for our children. At the rate we're going now, they are standing to inherit a hell of a mess that will keep us from going forward for decades.

" The future belongs to those who believe in the beauty of their dreams" Franklin D Roosevelt
Posted by أنا سوري at 3:16 PM 10 comments:

A Picture is worth a thousand words 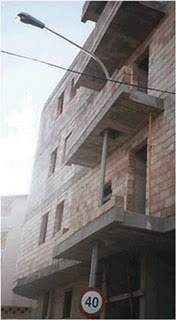 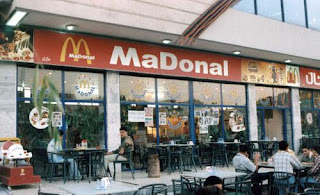 MaDonal? Must be a new company. I've seen those golden arches somewhere before though 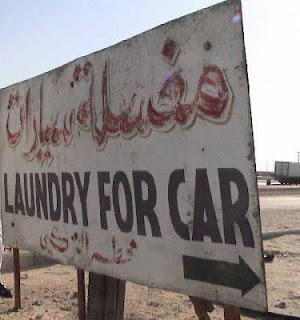 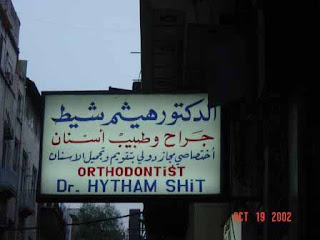 Taking showers in his case is redundant

I wonder how many non-arabic speaking patients he has 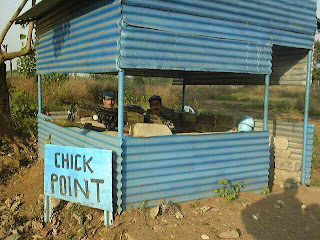 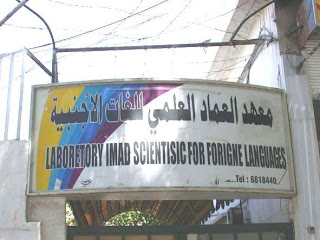 Hmmmm, just wondering what language that was 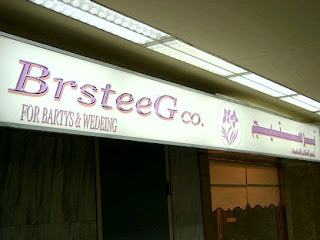 What a prestigious name 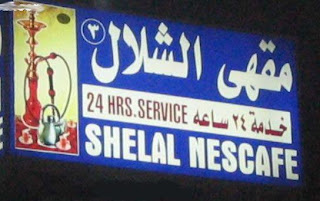